Keep your heart with all
diligence, for out of it
spring the issues of life.
Proverbs 4:23 NKJV

We are believers who have received significant blessing and freedom through the teachings and ministry we now share. We have a testimony of God's goodness in fulfilling His Word. We are here to teach, to pray, to minister, to encourage and to comfort others with the great truths God has used to liberate our own hearts and lives. We have not fully arrived, but we have found a path in the Lord that is leading us into truth and freedom.

At present (11/14/19), we are only me! I have two wives in heaven cheering me on, along with children and friends pitching with help and sage advice (and two great tech helpers in India). But essentially, it is just me now creating content for these websites, YouTube channels and blogs. The "we" above for years had been my two wives and I (in succession, not at the same time!) leading seminars with a small group of teachers and prayer ministers helping us. That all shifted to making everything available through the web for free, once my second wife, Eunice, left for greener pastures...

We are ones who bear witness to the Light! 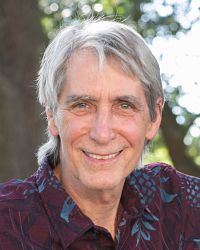 I'm an ordained priest of the Episcopal Church with a deep concern to see the wounded in the Body of Christ become whole and for Christians everywhere to become fully equipped for Spirit empowered service to our Risen Lord.

Why would anyone start an inner healing ministry? I like to say that what qualifies me for this work is that I wrecked a perfectly good life so completely that only a truly great God could put it back together. The notes I took on what the Lord used to mend me have become the basis for all the teachings and methods of ministry.

Because of what I went through (under the enemy's oppression) and what the Lord has brought me into (of new life in Christ), I have a passion to see others "get their lives back!" If you want to read more about me, go to "Steve's Story." For now, I'd rather introduce you to two very special ladies whose love and help made this ministry possible.

June's name means "youthful one" and no matter what, she always had that playful impish side about her. We met when I was at the absolutely lowest point of 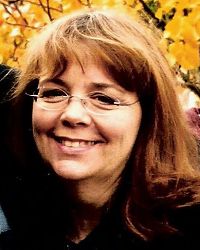 my life and all I could think of was that the "Universe" (which I thought was entirely against me) had slipped up and allowed a real treasure to come through. We quickly grew inseparable. She became a Christian first and it was her unceasing prayers for three years that brought me out of a demonicly infested delusion into the kingdom. I owe my very life to her and to Jesus. There's so much that I could say about her, but I will just leave it for now with the snapshot I wrote when she passed into heaven:

June loved to tease, laugh and have fun and that was such an endearing trait because those who knew her well knew that her zest for life was but a butterfly in a windstorm. Because of a tragic event that wounded her life in her late teens, she dropped out of high school (but finished her GED later—as she was always quick to remind us). Even so, everyone who met her knew that she had become educated in the ways of the Lord. No one in pain ever found a more tender or sympathetic ear or counsel more lovingly given.  In Sunday School or small groups, when she spoke (though she preferred the background!), a hush fell as people strained to keep from missing a word.  You knew that what she was about to say had passed through the fires of hard trial and not just the pages of a book.

June emerged from a 30 year depression only four years ago and loved to say she was “Mrs. Rip Van Winkle”—having to catch up on all the technology that had been springing up while she was oblivious to it. Learning to walk in freedom from the crushing grip of inner pain became her testimony to the truths of God’s Word that had been setting her heart free and she was thrilled to see the way the Lord was using it to help other wounded people.  Sadly, even people who walk well by long practice sometimes slip and fall. With June the pitfalls were still very prevalent and dangerous. She tripped into one of them on Saturday, when none of us were there to catch her, and slipped out of this life into the one that cannot end and that knows no tears or sorrow. Losing her is devastating to the loved ones she left behind who now have fresh reason to yearn to be where she is and who ask for your prayers to help them run the race set before them without their chief encourager and devoted friend. 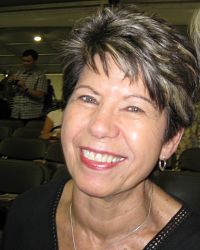 June died. She had been a lifelong Christian and had been in the healing and deliverance ministry for many years. So, I recruited her to help me with the seminars as a teacher and prayer minister, thinking that I would be safe from any kind of romantic attachment developing. I was so wrong! We easily became great good friends and then one night in the moonlight it happened. I was smitten and there was no going back! June had been such a great love that I honestly thought it impossible I could ever love someone else, so I went to the Lord Jesus and asked him what was up with these unexpected feelings for Eunice. I'm absolutely convinced that He was laughing over my dilemma! Our life together was launched with a boatload of joy. But even the best rigged ships can take on water. Few things could be more certain than that we have an enemy who absolutely hates to see the kind of love that God puts into the heart of a man and woman in a true marriage of souls. The evil one is ever on the prowl to steal, kill and destroy. A stormy Passage we went through took her down to failing health. After several years of struggle and pain, we thought the Lord had reversed all of her illnesses. Then, a deeply hidden lymphoma suddenly appeared and she was gone in just a few days.

Eunice was always a devoted lover of Jesus and a passionate worshiper of the Risen Lord. She was also a gifted teacher, having taught Sunday School and Bible studies for over thirty years. While living in Columbia, SC, she was active in Women's Aglow Fellowship, speaking at several meetings in different cities. During that time she also taught and ministered inner healing and deliverance on a one on one basis. Later the Lord showed her in a vision that she would one day be doing the same works in larger groups. She prayed and waited upon the Lord for that time to be birthed which came to pass through Healing Streams and the seminars we led together. She delighted in seeing the life transformations which took place through the teaching and prayer ministry.

"God Is a Surprise" Stories

Sample and enjoy some of Steve's 'spiritually fun stories' on YouTube

A cat's teenage pregnancy led to a very funny encounter with God.

An amazing reversal of fortune when a 'drifter' got set free!

A stunning answer to prayer for rain--the heavens poured!

If you have ghosts in your house, who are you going to call?

God Cracks Me Up!

God really does have a delightful sense of humor!

Does God care about kittens? You bet He does!

A bizarre (but revealing) perspective on ordinary life

--when bugs 'speak' of spiritual things.

Feeling rejected can be very lonely

--unless you get interrupted by God!

Holes in the Heart

A life lesson learned from a Honduran road.

A Witness from Beyond the Grave

He rescued our whole family--after he died.

This is an introductory teaching on stress related diseases.

TV show--Matters of the Heart

Steve's Story  Over half of Rescued from Hell is posted for free for two reasons: 1) You have a right to know about the one who is seeking to help you grow in the spiritual life, so that you can better decide if you want to trust me as a teacher and 2) practically everything on the site first came into my life as a truth I needed for the sake of my own growth. There are, therefore, many points where my story carries a testimony that could help you gain insights or inspiration to overcome your own obstacles.

The River of Peace

I'm Steve, a former hippie and life-wreck, now healed by an amazing journey through truth.